In the city of Bellefontaine, Ohio,in October of 1979, the manager of Rinks Department store was murdered. It would appear that this may have been an armed robbery gone bad. There is more than one theory as to what really happened in this case.

This case went unsolved for nearly three (3) years. Then in mid to late 1982 some inmates wanted to cut a deal to get out of the trouble they were in.

In the summer of 1982 a good snitching inmate doing time in London Ohio Correctional Institution called the Bellefontaine authorities and told them he had information concerning the murder that happened in their town in 1979.
The price for this information would be his freedom, which he gained.  Plus other perks.

The next thing that happened, in October 1982 I was indicted for this robbery/murder.

There was no physical evidence whatsoever to link me to this crime.

Mr. Prosecutor used this inmate, one that was doing 37 to 130 years in Lucasville, Ohio's maximum security prison, and his wife to convict me. Both of these people were indicted for this murder and several other crimes, but they cut a deal.

They received immunity for all their crimes for testifying against me.

The following questions and answers when Mr. Rogers testified against me are reported on page 1366 [p. 98 of this doc.] of the transcript:


Q. What would you do to keep from going to jail? Would you lie under oath?

A. To --
Q. To prevent yourself from being convicted, punished, going to prison, would you lie under oath?
A. I certainly would. I have before.

Of course this is only a very short version of the deals, and  the injustice in my original conviction.

My case is by no means unique or rare. The system is full of cases like mine.

To sum it up, I started out doing a life sentence, convicted of murder on the word of two (2) lying snitches!

A good, honest review of the record of case number 83-CR-3, Logan County, Ohio would prove I am telling the truth!

In my opinion these convictions should not be able to stand.

On Monday morning we were back in the court room.

At page 1248 through 1315 [p. 46-47 of this doc.] the court heard the motion by the defendant to dismiss all charges in the instant case on grounds of prosecutorial misconduct.

This motion is so very powerful! How could any judge turn his head and disregard such a motion?

To the best of my knowledge the jury never did rule on this motion!

All this is a serious case of injustice.

I still can't believe a judge could dismiss such a motion as nothing. Anyway, I am sure you will find the reading of these pages of the hearing very interesting.

Between pages 1373 and 1374 you will find a page out of Becky Boop's statement. This is pretty well self-explantory.

If nothing else this proves Jimmy Rogers is lying. Still his word is enough to get me a life sentence.

After page 1374 you will find a page out of the Jack Benton's statement very interesting.

Somebody for sure is lying, but that don't matter to Mr Prosecutor!

He is out to get a conviction at any cost.

Then [after p. 1379]  you will find 7 pages concerning Mr Jack Valvano who was robbed. Of course Jimmy Rogers testified that I robbed this man. Jimmy Whitaker also testified on me concerning this crime.

Mr Valvano testified that the man who robbed him was 5 foot 6 inches. Well I am 6 foot 2 Inches and over 200 lbs.

It really is hard to believe that anybody can be convicted on such testimony. Bad thing about it, this sort of injustice happens everyday throughout this country.

At pages 1394, Jimmy Rogers is finished tellling his lies on me.

The damage has been done!

It is a known fact that Diane Rogers will lie to get her husband out of the trouble he is in. Diane Rogers is the so called corroboration to Jimmy’s testimony.

All this for sure is one bad never ending nightmare! To say the very least!

Now we will go to Jimmy Rogers’ trial in Allen County, Ohio.

He was convicted and sentenced to 37 to 130 years

You will find pages 264 through 276 [this doc. p. 175-] below Diane Rogers'], the testimony of Diane Rogers, in Jimmy’s trial. This transcript was added to my writings and all to show (prove) the fact that Jimmy and Diane Rogers are liars.

They will do anything to get out of the trouble they are in. It matters not to them if somebody’s life or lives get destroyed. Long as they get what they want!

They know how to play the system.

Well needless to say, but April 29th 1983 I was convicted and sentenced to life in prison. That means I would have to do fifteen years before being eligible for parole.

May 2nd 1983 I was taken to the Old Ohio Pen to start my life sentence. One thing for sure, I was drinking a lot of water and walking slow!

I hate to admit this, but back in 1983, I was at best naïve, more like plain stupid as to how the injustice system really works. It is really a serious shock to learn, face up to the fact as to just how evil these judges and prosecutors can be!

Well, back in 1983 my family and I really thought the appeals court would throw this case out!

Convicted of aggravated murder with no evidence! Now this newly discovered evidence I was a shoo- in! Justice would surely be served! The appeal courts will do the right thing and throw this case out!

You can smack me if you please!! Call me really stupid! Well lesson learned. In my head I have a computer and it is full of knowledge about this injustice system. I don not believe there is such a think as right or wrong, truth or justice! I am living proof that the whole system us beyond repair!

Believe me, my case is my no means unique!

No way am I the only one to endure such injustice!

If you take a closer look at some of these cases, no doubt about it, you would find so much injustice, you would be shocked!

Ask me, I will tell you! I will also PROVE my claim of many cases of evil Injustice!

Excuse me for getting of the point. I can/do get carried away with all this.

It is a nightmare!

I live it every single day of my existence. There really is no way to escape this hell on earth.

Ok, back to the motions for a new trial and all. They held a hearing on these motions on July 8th 1983. Needless to say, the new trial was denied. Please read the transcripts concerning this hearing. You be the judge. Injustice or Justice?

It is somewhat odd, Denny Stanley’s word was good enough to help get me indicted. However when he tries to bring the truth out, Mr Prosecutor calls him a con and a liar. It surely is not a secret when one of the good snitches sing the song Mr Prosecutor wants to hear. No matter if it is the truth or a lie, everything is copacetic!

Mr Prosecutor can’t lose. He has it both ways.

This summary was put together by two of the best, most caring and loving people I have ever met. It is a true blessing for sure to have them on my side, and in my life.

They are very good friends, to say the very least, as well as my attorneys. Staughton and Alice Lynd.

They have walked more than that extra mile for me! I love and appreciate them so very much.

At any rate this summary consists of six pages and it makes for some good reading.

I also have a statement from Denny Stanley [p. 28 in this doc.]. It consists of 18 pages. This is pretty hard to read. I don’t know if the statement is on the website or not.

Well, after the motion for the new trial was denied, I was just hanging around waiting in limbo until the trial court got my trial transcript together. 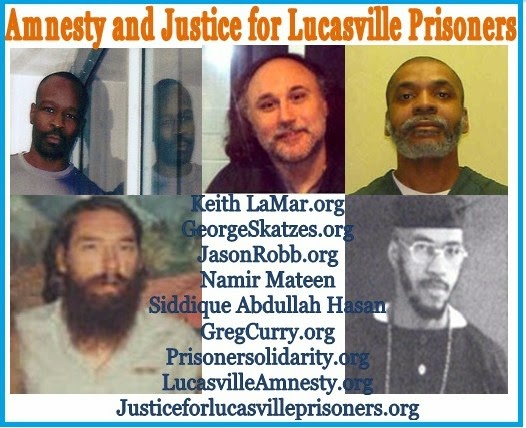